After purchasing one-way plane tickets from their home in Uruguay, to Washington D.C. almost 20 years ago, best friends Marcos Sosa and Juan Machado woke up on Tuesday, September 11, 2001 to the world-shattering news of the 9/11 attacks. And although family and friends discouraged the duo from moving to the US during such an unsettling time, Sosa and Machado decided to come anyways - not letting fear keep them from moving to the District.

Fast-forward to today, and the pair are celebrating the recent opening of Del Sur Cafe, a new South American restaurant located on P Street in Dupont Circle. The restaurant truly is “family-owned” with Marcos Sosa and his wife Liliana Martinez co-owning, and the team renovating (and revamping) what was previously Leziz Cafe, a Turkish restaurant that closed last year.

After moving to  D.C., the two dove head-first into the restaurant scene, hoping to one day open a South American restaurant in the District. They noticed that while there are many restaurants that feature food from one specific Latin American country (like Peruvian, Argentinian or Colombian restaurants), there wasn’t a restaurant that combined cuisine from multiple South American countries. When it came to the menu, the duo knew the cuisine needed to be original and authentic. 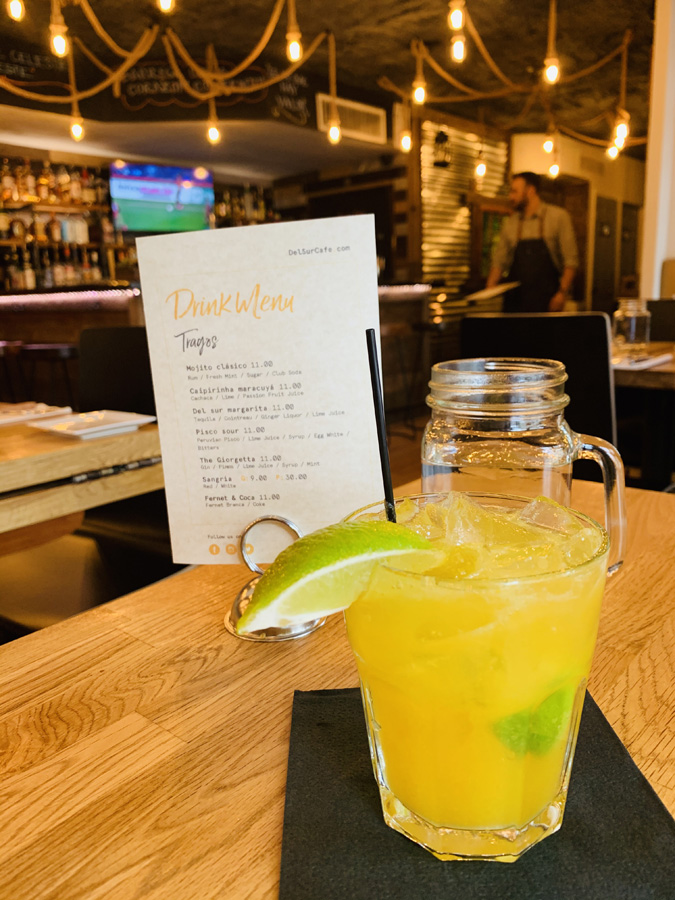 So, their passion for introducing D.C. to more South American based dishes brought them to their good friend, Chef Deborah Chris, who just happened to be moving back to the U.S. right as Cafe Del Sur needed a new chef to curate its menu.

The menu’s commitment to South American culture is woven through the entire restaurant - from the decor and atmosphere to the dishes and cocktails. Each menu item and adornment inspired by both traditions and personal family stories. The menu, which features a happy hour, lunch special, and an outstanding variety of options for dinner  - has a little something for everyone. Stand-out dishes items include the Ceviche Peruano, Empanadas and the Chivito Uruguayo.

Featured in February edition of INSIDE DUPONT